Throughout his political career he remained on the centre right. As an honest and competent politician he maintained integrity and competence during his almost 30 years long career. Contrary to most of Pakistan's political elite, he has maintained an untarnished image despite having worked in various Governments, under different heads of states, departments and ministries. He is a competent Pakistani politician with a professional qualification in Actuarial Sciences and a wide experience of working in many multinational corporations while also being the owner of a wide group of companies, which performed remarkably well under his supervision. While he was employed abroad, his father passed away which made him decide to return home. Looking at the plight of the common man here made him turn to politics. 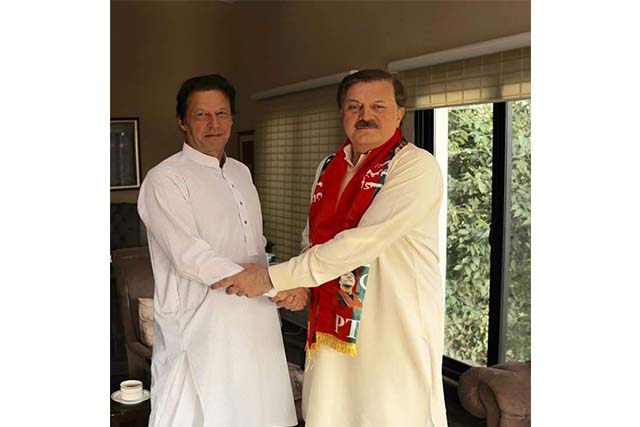 After 2008 elections Humayun Akhtar Khan and other notable politicians formed an alliance of like minded politicians. Before Election 2013, the like minded alliance and PMLN came into an agreement to contest elections sharing the same platform. However, PMLN didn't follow the terms of agreement and Humayun Khan didn't take part in the election race of 2013.

In 1999 Gen Musharraf toppled Nawaz Government. Humayun Akhtar Khan, his business and political career was deeply scrutinized by military but there could not be found a single allegation of malpractice. When Nawaz Sharif signed a deal with Gen Musharraf in 2000 and left for Saudi Arabia leaving party fellows in lurch Humayun Akhtar Khan and his other party fellows from PML formed a new party PMLQ. Humayun Akhtar Khan contested elections from a new constituency once again succeeding to secure his seat with 22,405 votes. Humayun Akhtar was one of the most influential party leaders. He was Minister for Commerce when Zafar Ullah Jamali was the Prime Minister. After his stepping down he was the most suitable choice for the next PM of country. However, party politics dominated and Shaukat Aziz was selected. Humayun Akhtar Khan resumed his ministerial duties under Aziz.